I suppose life is not all rainbows and butterflies, but sitting on Black Rock Beach, I can tell you: God was on to something when he invented them. 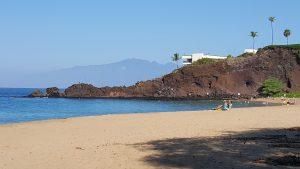 In a year that has been nothing but constant upheaval, adaptation, and reinvention, Maui was a resting place that spoke all things healing to my heart.

Maui floats in the Pacific, along with her sisters, presenting sights of such breathtaking beauty that it is easy to forget you are sitting on a volcano.

My family explored Maui a couple of years ago. We drove to the top of Haleakala in the dark and waited at the crater’s edge as a rising sun tipped over thick cloud layers in a light show that will never be matched by man. Hawaiian singers greeted the sight while tourists shivered in their hoodies.

Although we don’t have a bumpersticker to prove it, we drove the road to Hana, curving along steep cliff tops with a sparkling ocean on our left and innumerable waterfalls on our right, and shave ice at the end.

We learned lei-making and hula-dancing.

We snorkeled off of Molokini with giant turtles.

This month we returned, just the Hubby and I. I was unexpectedly in a pivot, swinging between two jobs, (which is a story for another day) and the island called me in a voice unfamiliar but decisive.

Who goes to Maui for four days?

It depends what you are looking for.

Go to Maui in the spring if you want to see Maui.

Go to Maui in the fall if you want Maui to see you.

Humpback whales love to play, just like tourists, along the shores of tropical paradise. On our last trip, I sat on the sand watching the masters of the ocean frolic in the shallows. It was fascinating. I am quite terrified of water, particularly deep ocean. Whales made it look entirely safe, joyful, and as effortless as breathing.

Which they did, in great steaming spouts.

On the day we took the snorkel boat out to Molokini, we slowly passed within five feet of a mama whale and her calf. We were still in the harbor. I sat on the boat mesmerized as the mama whale and I stared at each other. Perhaps you’ve looked an elephant in the eye at the zoo? That intelligent creature knows the score: he is in captivity and you are not. He looks you in the eye and he knows you know, too.

It will not be a long conversation.

The mama whale and I both knew the score that morning: she was in her freedom and I, as a captive on the boat, was at her mercy.  We both had our offspring cavorting around us, oblivious to the pendulous moment. In her eye was mild curiosity. She was waiting to see whether these creatures were going to respect her. And I knew that she had seen deep darkness and blinding whiteness and bubbling roots of islands and travelled thousands of miles with the fanning of her tail.

November is too early for whales.

But something bigger called me back and I think it’s what the whales know and I keep forgetting.

It is in the nature of life to shift and crack open and spew lava and upheave tectonic plates. We are meant to grow and stretch and come apart and reshape, and most of it is done below the surface without observation.

But if, in a remote place, from the struggle of core things that insist upon reaching for the sun, an island is birthed, the intelligent ones of the deep bear witness to it. And remember.

When it comes to rest, it becomes coral reefs for butterflyfish and graced by rainbows. 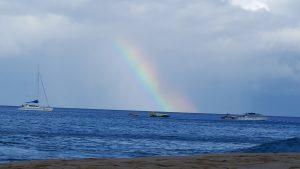 Sometimes, it’s a double or even triple rainbow! 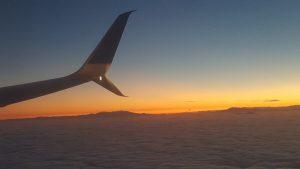 Sunrise from the plane was almost the same as Haleakala. I hummed a little “Over the Rainbow” by Iz. It’s all the Hawaiian I know… 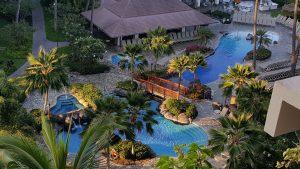 The view from our balcony wasn’t too shabby either. Where to start? 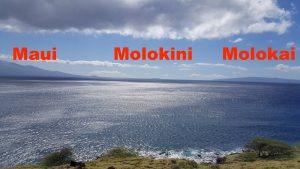 View to the west. Apparently, the bigger the name, the tinier the island. 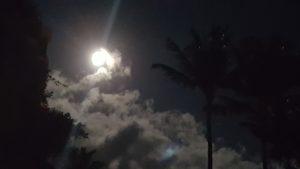 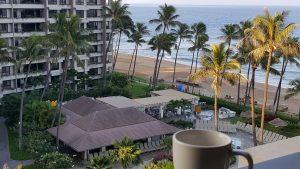