I had a moment – one sparkling sharp and pivotal – that made me stop, right there in the Walgreens parking lot, and just be.

The afternoon air in Missouri is crisp in March. The morning snow had become reluctant flurries that melted on my cheek. It looked like someone was cleaning out a lint filter, wafting bits of cotton candy down from a melting marshmallow sky.

The asphalt was dazzling with wet, my coat a spot of scarlet in it’s black expanse.

Maybe it was the close proximity of drugs that brought that sudden urge of poetic gratitude, maybe it was the pristine and rolling countryside that was humming a new melody deep inside my bones. Every place has a feel to it.

My whirlwind weekend trip was prompted by a girlfriend who moved there a year ago. The California girl is taking her transplant as well as can be expected: she makes homemade tortilla chips and salsa to lure in new friends and wears her open-toed sandals when she pleases, weather be damned.

My plane landed in time for Friday supper at a local eatery, and I was introduced to “toasted lasagne”:

“Toasted” is local code for “deep fried tasty goodness”, and when you are served Toasted Ravioli with dipping sauce, you have arrived. They had sold out of their signature fish and chips (both of which are toasted, I suppose) just before our arrival.

Snow rolled in overnight, so instead of the walk we had planned, our morning was spent talking non-stop in our jammies and if I told you we had bacon and bottomless tea and had the cooking channel going in the background, well, you understand that the best part of this state is definitely the friends living in it. 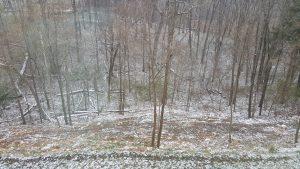 We watched the trees turn white.

Sometime mid-day I realized I wasn’t feeling very well. I asked my girlfriend the obvious:

“What do you do here if someone gets sick and it’s actually weathering outside?”

“They don’t even want emergency vehicles out if there’s an ice storm. People don’t drive. They stay home until it goes away.”

“You mean no one goes to work or school or the grocery? No one takes their friends to the airport to catch a flight home?  Sick people just die quietly in their beds?”

I admit, a little piece of Missouri shriveled up and died in my opinion just then.

“Well, what if a girlfriend needed to get to the corner Walgreens or else her friends would be stuck googling how to cure cancer at home with only a spatula and organic honey?”

“Just how much tea did you drink this morning?” she asked as we climbed into the jeep. 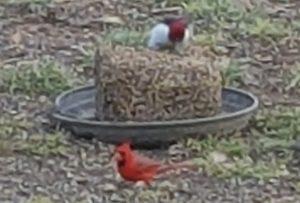 Missouri is home to cardinals and woodpeckers, armadillos and snapping turtles, and the usual suspects like possum, coon, and deer.

And my girlfriend will brake for every. Single. One of them.

This lady is a radical nature lover and talks to roadside critters while creeping past them at ten miles per hour.

She can spot an otter crossing the road at fifty feet.

“People drive crazy here,” she said, “much worse than California. They have no patience.”

We were passed by a big truck and I was on his side: not in Missouri 24 hours, and so help me, I was a native.

As mentioned, the moment in the parking lot will always hold a special place in my memory. Dashing into Walgreens was just the right amount of time for the jeep’s battery to die, but we got to meet the local AAA guy who happened to be a mechanic and a battery salesman all rolled into one. He might have been cute, but it’s hard to bat your eyes when they’re snow-blind. We stayed in the car and enjoyed some extra parking lot experience.

I handed out Twizzlers.

On Sunday, Missouri came into it’s glory. I had the privilege of attending their church and met the lovely people who are slowly becoming their village. Neighbors you can call when something goes bump in the night and who invite you over to cuddle puppies for whole afternoons at a time.

Afterwards, we grabbed Starbucks and drove out to the massive farm where her Hubby works; sweeping vistas with all sorts of animals frolicked in the sun. We drove the gently winding roads admiring faceted McMansions and tiny log cabins, ancient barns and scrappy dance halls.

We drove into St. Louis and everything was brick and trestles and industrial and inner city.

It felt a little tangy bitter but clean, with an edge that maybe you could get used to…a lot how I see beer, even after ducking into the home of Budweiser.

We passed the Busch Stadium, cruised through Forest Park and past the zoo, and landed at the infamous Gateway Arch perched on the Mighty Mississippi River.

Something in that River pulled at me. I am still pondering it’s presence. 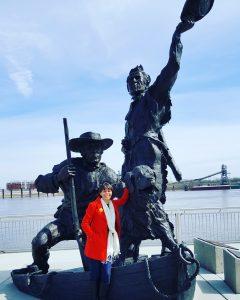 I posed with Lewis and Clark, reveling that we three had broken ground into new territory, and thought Samuel Clemens thoughts as my eyes followed the Arch up and up, flowing seamlessly into the sun. It’s quite how I envision my writing ambitions and true to form, I was thankful that the pods that take you to the top were out of order that breath-taking afternoon.

I am somehow not quite ready.

We finished the day with Pappy’s Smokehouse brisket, vinegar slaw, and sweet potato fries. It came with a slice of “thick bread” underneath, to catch the sauce and the drool.

They had sold out of their famous Burnt Ends and ran out their last rib just before we got there. 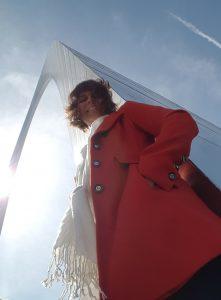