As if you couldn’t evacuate 2020 fast enough, here are some parting stories to keep you company till midnight.

The five most popular posts of the year according to my website stats are:

Five: The Maelstrom. Appropriate word for 2020, little did we know in February.

Four: Seattle Shenanigans. This was our first and only trip for 2020 (sob), but we all made the most of it.

Three: Murder Mystery Mayhem. We all began the Loveda Brown series together, and it’s been quite a ride.

Two: Mother’s Day Hotline 2020. In appreciation of moms in the weeds. Ain’t no hood like motherhood.

One: The Bottomless Bookshelf. I love that readers keep coming back for recommendations! What was your fave read this year? Add it to the comments.

And now, because I just can’t help myself: 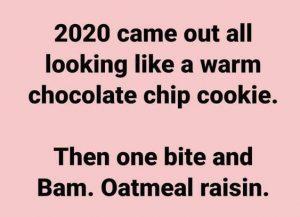 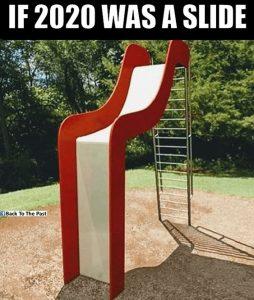 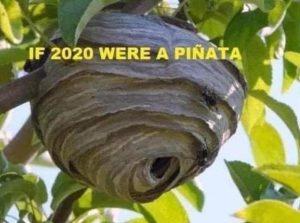 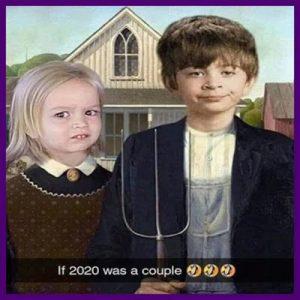 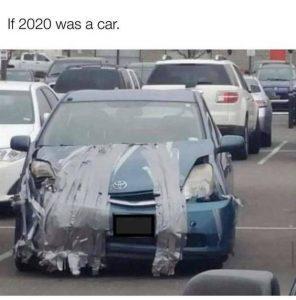 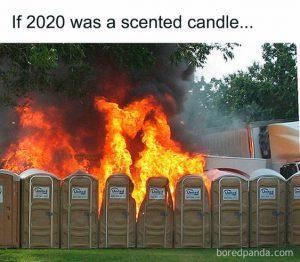 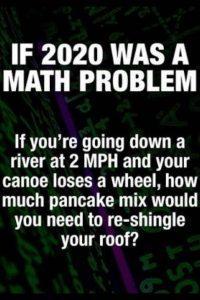 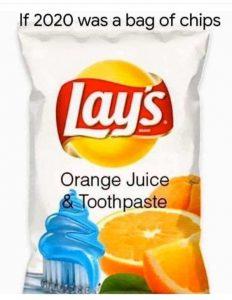 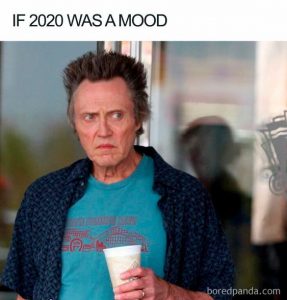 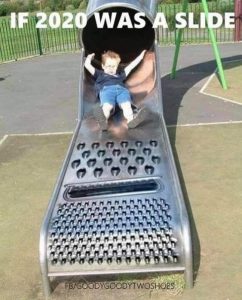 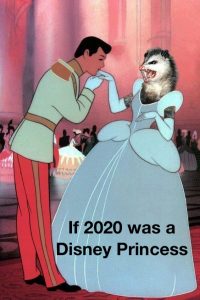 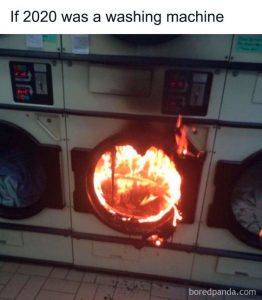 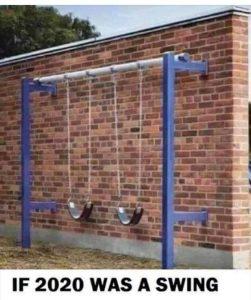 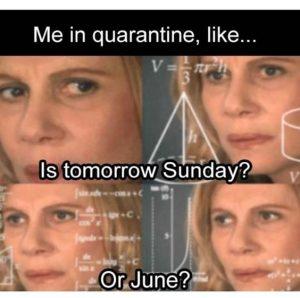 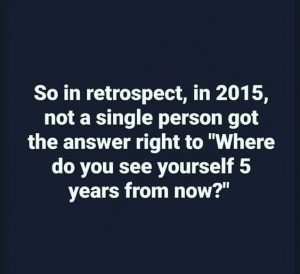 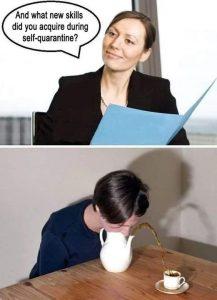 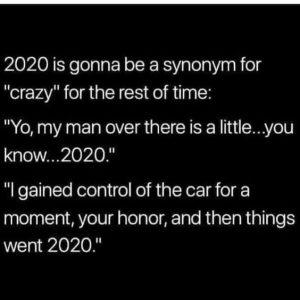 When Covid broadsided us in March, my family members reacted each in his own way, but that didn’t stop us from doing things. Special things. Things we just didn’t see coming…like this watercolor by Kid 5.

Hubby bought groceries. He bought them until our cupboards exploded and I took his Costco card away. Then he bought blocks. Eighty-pound keystone wall-building blocks. He hid his credit card from me and he won’t stop bringing more home. Hubby is building the Great Pyramids on our hillside property with his bare hands. Obviously, he has a better chance at stopping gravity than stopping any of 2020s dumpster fires.

I picked up a sledgehammer and demolished the master bathroom. All of it. I ripped the flooring out and you can stare into the basement if you don’t mind the funny smell. I left nothing standing but the toilet, only you can’t get to it because the floor is gone. This is fine because, conveniently, there’s a toilet paper shortage. I ripped out the dry-rot—the nasty slime that no one could see, but I knew it was there—because there was a lot of it swirling in the global atmosphere that I couldn’t reach.

Some day, Hubby will stop building walls and build us a bathroom.

But this is not that day.

Kid Numero Uno, about to turn a whopping thirty years old, created a plethora of art for people. Art makes people happy. That’s a big deal in 2020. He lives in L.A. and has gone all adulty on me. He calls on the regular to make sure we’re all healthy, wears his mask, visits people outdoors six feet apart, and to really understand the level of his shocking behavior: he exchanged Christmas presents with us. This is unheard of and I’ve asked him repeatedly to take his temperature and read me the little numbers on the thermometer.

Senorita Dos Equis, on her way to becoming The Most Interesting Teacher in the World, went back to school for her master’s degree in Education: Learning & Technology. She also works in the local school district: “I don’t always zoom with kindergartners, but when I do, they take naps on camera and there’s not a thing I can do about it.” I can’t help feeling like this is some new level of Jumanji where juggling swords on a unicycle will be required. I hope she wins.

Tres Leches Mija ghosted on us. She lives less than a mile away, but the only proof she’s alive is when she sends me hilarious memes at two in the morning. Although her plans with her sidekick, Alastor the Wonder Dog, were curtailed (haha), the two managed to win ribbons (Best in Class for “Who’s a Good Boy?”) and are in training to join CARDA as a search and rescue team. He’s already snoofed up plenty of hotdogs and rescued cats from boredom, so glory is in their future.

Quatro Corazones split the year four ways: college, work, girlfriend, and a brand new car. He passed his classes. He was promoted into a full-time position at work. I’m not sure his girlfriend knows that the Toyota 4Runner is for camping and boys’ trips, but we’ll do coffee soon and talk. He had his blood drawn last week and texted me: “I blacked out. But got a cookie.” Me: “Never watch!” Him: “I didn’t, I just tilted my head for a second and I couldn’t see anything. Good news tho, I don’t do drugs.”

Me: “Whatever. Just try not to slurp up any Covid while you’re in there.”

Cinco de Mayo Mijo is currently the favorite kid because he stays home and feeds me. He rode the restaurant industry rollercoaster all year, and it taught him that food could be used to steal car keys from parents. “Mother dear, I see that you are typing sideways and about to fall onto the floor on your face. Could it be that you haven’t eaten in three days in your effort to MAKE MORE WORDS?” Then, he slips a grilled cheese sandwich with a tiny dill pickle nose and a ketchup smiley face on it in front of me and runs away with my car key. I don’t even care where he’s going. I lick ketchup from my fingers and keep typing.

These are great life skills. Why he insists on staying with college, I don’t know.

Covid-Kitty Furrybutt Smoochin’ Sugarloaf Whiskerboy is doing fine, thanks. He misses his life on the street and plays Ninja-paws in the back alley once in a while, to hone his tough guy persona. I carry my scars with pride. I want to go on record as saying, “When the animals in this family get more stocking stuffers than the actual kids, it must be 2020.”

We’re all leaning a little sideways, and that’s okay. I celebrate your own flavor of crazy this holiday season and lift a virtual cuppa with you as we farewell 2020.

It’s been one heck of a ride.