Supporting Your Vision With Words 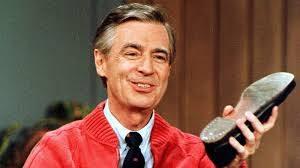 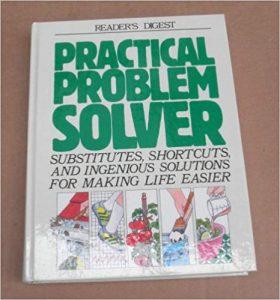 Jolie: “Thank you both for being here with us. I’d like to begin with an obvious question for Mr Rogers. In your expert opinion, Fred, would you consider a good neighbor to be elderly, retired, and nosy…or young, raising five children, and cranky?”

Fred: “Thank you for asking. Is the elderly neighbor wearing a cardigan? Does the young mother have her lace-up shoes on?”

Jolie: “Mr Rogers, the question is more about which house on the street produces the most stress on the neighborhood. For example, in order to be a good neighbor, would a house full of bachelors need to invite the young mother over for a beer when they throw their monthly motorcycle club soirees?”

Melanie: “Excuse me, but neighbors need not be nuisances. Invite your neighbors over occasionally. Make sure they know the layout of your house and make an effort to learn theirs. Such knowledge could be important in a crisis.”

Jolie: “Sorry Melanie. No can do. My grandmother did that once and the minute she left for vacation, the neighbors cleaned out her house. Left a bit of wire on the wall and that’s it. Took every clock and cabinet. The cops were all “smh” over it.”

Melanie: “To smooth year-round relationships, establish a council with the authority to consider such neighborhood problems as roaming dogs, loud parties, and unkempt lawns.”

Jolie: “That’s called an HOA and most neighbors find them the biggest nuisance of all. Most of my hood want the right to throw a quinceanera into upwards of three in the morning and we replaced our lawn with tidy flat dirt years ago because of the drought. I mean. My neighbors did. Um. Fred?”

Fred: “Bob Dog was a dancer. I wouldn’t describe it as roaming. Melanie, if Bob Dog was dancing in your front yard, wouldn’t you think he was a good neighbor?”

Melanie: “Some people prefer to keep their distance from neighbors….”

Jolie: “Of course, if you live in an apartment complex, you might have neighbors stomp around overhead while you’re trying to sleep or throw your laundry right out of the washing machines to make room for theirs…”

Fred: (pulling out a puppet) “Is this the Neighborhood of Make-Believe?”

Melanie: “Why not start a neighborhood newsletter? The kids can be reporters.”

Jolie: “Um, yes, Fred, it must be. Melanie, if you see kids roaming the streets with paper, it’s toilet paper and they are on their way to TP their rival football team captain’s front yard. They are going to pick oranges from the next house over and throw them at passing busses on the way home.”

Fred: “Officer Clemmons would have to think about that one.”

Melanie: “If fruit has gotten overripe, don’t throw it away. Puree it in a blender with a little lemon juice and spoon the result over ice cream.”

Jolie: “Melanie, you’ve skipped over to page 93. And why do you sound like Siri? Reader’s Digest doesn’t pay their interns very well. I’m afraid we’re out of time, Mr Rogers, if you could just queue up the trolley? Thank you. Gentle readers of the blog, if you have any pesky neighbor questions for Fred or Melanie, please leave them below in the comment box and they will reply as soon as possible.”

Fred: “That’s one thing that helps to make good friends: playing together.”

The Forgetful Files is a safe, supportive space exploring different life challenges and big questions with courage, kindness, humor, and practicality. Please join the conversation by offering your unique perspective!

Our neighbors were tiny little elderly folks who kept dusty ribbon candy in glass dishes by the door for small children who may or may not ever have worked up the courage to visit them.

There was old Dorothy across the street. She kept rows of cages filled with rabbits in her back yard. If you were brave enough to chat with her, she smiled at you and gave you a pet guinea pig.

But you had to work your head around the fact that she chain-smoked directly through her tracheal tube.

There was old Mr Jurdo three houses down. He took his morning constitutional around our tiny block and always wore a neon red jacket and a brown cap. He didn’t chat. He grunted at you and cleared his throat forcefully by way of greeting.

We steered our red wagon the other way.

Old Virgil lived uphill by a house or two. He never left it. When you were forced into a polite visit, his dim house smelled of old person and aged furniture and musty carpet. He never moved from his chair – perhaps he had melted into it – so we felt comfortable lingering in the doorway and hollering the morning news towards his good ear.

Only one – and there are many – of the interesting facts of where we lived was that our street ran along the border of a large cemetery.

Four houses down on the opposite side of our street lived a little girl who was besties with my sister and we frequently played there.

She had a little pool and a calico cat and an elevated veranda running along the back of her house.

During the summer, we would sit on this veranda and watch funerals.

We had never attended a funeral ourselves. We had no personal relationship with death.

So we were free to imagine any number of scenarios below us.

Most of the time, we could figure out who the preacher was. We decided whether the deceased was famous based upon how many people were in attendance. If awnings and chairs were set up, you knew it was going to be a long sermon. If flowers completely covered the grave, then the deceased must be female.

The curtain dropped on Act 1, but there was more to see from our balcony seats.

Cemetery workers stepped forward and slowly lowered the coffin with wenches. They used the tractor to fill in the grave and put the flowers back into place on the slightly mounded earth.

And then everyone was gone.

Sometimes in the evening when dad came home, our family walked in the cemetery, enjoying the distant ocean breeze. We traced names on tombstones and ran along the edge of the small pond and smelled flowers wilting over the newcomers.

Like everyone had been snugly tucked in for the night.

And I wonder now, all these years later, what our elderly neighbors felt about it?

Did they ever turn around to peer past their own backyards into the cemetery or did they keep their eyes fixed firmly on the small children wandering through their tiny front gardens?

Did they wait patiently for those rare moments of interaction, however brief, knowing a final welcome waited even more patiently, right around the corner?

And what, then, when those glimpses of the future merged?